Get a Free Estimate

Your information will not be shared. Safe Spray will send you a custom estimate. 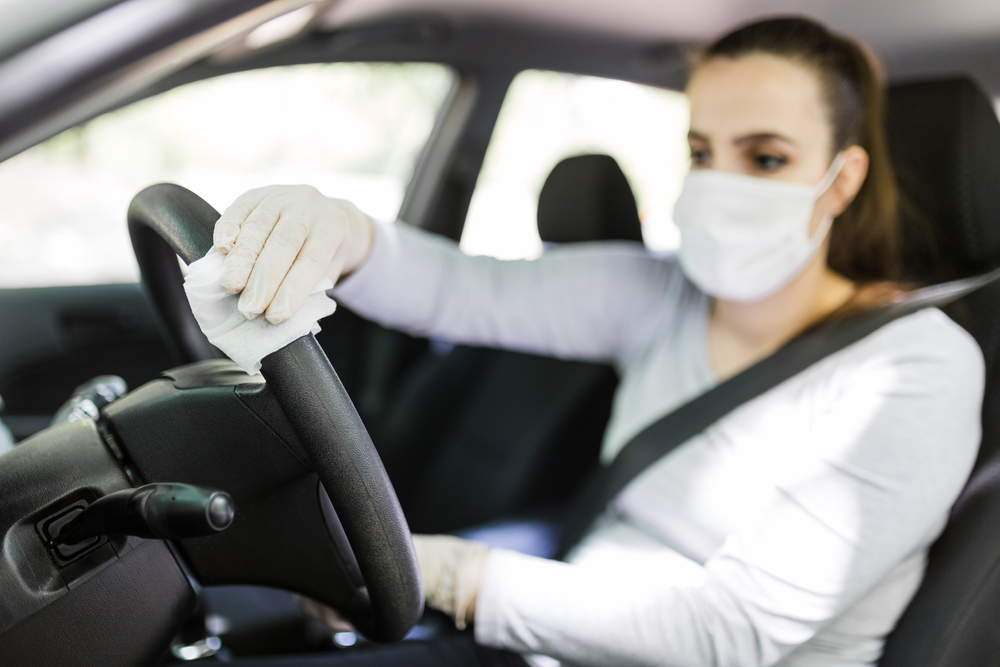 Sanitizing vehicles more effectively can make both drivers and passengers safer. It’s true that many viruses won’t live on exterior surfaces for very long. However, people never know when someone is going to make contact with a particular surface. If one person recently touched a surface, and then another person comes in contact with it, there could be some risks involved. People who rub their eyes frequently or who eat without washing their hands first will be especially likely to have these sorts of issues.

Fortunately, drivers can make the interiors of their vehicles much cleaner. They won’t necessarily need to change anything dramatic about their vehicles. Most people want to have clean cars. Sanitizing a vehicle will certainly make it much cleaner visually. People will often have to clean out their vehicles as part of this overall sanitation procedure.

People have a lot of discarded items in their cars. Most people will spend a relatively large amount of time in their vehicles. They might spend several hours there per day, depending on the length of their average commute and the amount of time that they spend on running errands. These people will tend to have many discarded items there, and it’s essential to make sure that those are out of the car before any actual sanitation process can begin.

A lot of the old junk in cars is dirty, even if it does not look like it. It’s been there for a while, and some bacteria will thrive under these conditions. The debris can be magnets for the bacteria that will enter the car and get there in other ways. Even a little junk in a car can make it look that much messier, and people will notice the difference the second everything is removed.

Messier cars are also a lot harder to clean in other ways, making it particularly important for people to clear out their vehicles before they decide to sanitize them more thoroughly. Once they have completed this step, they can start vacuuming the car and making progress there.

A car will automatically look less dirty the second that it’s vacuumed. However, vacuuming is not just about improving the appearance of a car and making it look cleaner. The vehicle will actually be more sanitary.

People won’t be able to sanitize their cars very effectively if there is a lot of debris all over those cars. The trash itself can be full of viruses and bacteria. It’s easy to spread debris throughout a vehicle, even though many people will be sitting still throughout most of the journey. Car owners who vacuum their cars thoroughly enough will already make those cars much more sanitary than they would be otherwise.

The vacuuming process might actually kill some viruses and bacteria because of the high levels of heat involved. Many potentially infectious debris will be removed, which should make the rest of the sanitation process even easier.

The high-contact areas of a car will get touched frequently. The car door handles themselves will fall into that category. However, people should consider how other individuals will interact with a car interior. People will tend to touch the car radio area, the armrests, and many other parts of a car’s interior as they use the vehicle. It’s crucial to use disinfecting wipes and make sure that all of these important surfaces are cleaned.

Plenty of disinfecting wipes are not toxic. They’re made from cleaning materials that are not going to cause issues in their own right. These cleaning materials will also be fairly easy to use. Drivers just need to remove the wipes and move them across all the surfaces that must be cleaned. They won’t necessarily need to clean every inch of the car. Cleaning the high-contact areas should suffice.

Get Your Free Quote Today!

We also offer a no obligation, free onsite service estimate.